Easter in a "Glamper"

Easter in New Zealand is pretty awesome. It's a holiday that not only gives you one day off of work, but two! It's the time of year for hot cross buns, tons of Cadbury chocolates and autumn.

If you don't know (I didn't), these are hot cross buns: A hot cross bun is a spiced sweet bun made with currants or raisins, marked with a cross on the top, and traditionally eaten on Good Friday (from Wikipedia). I didn't try a hot cross bun due to the amount of carbs and goodness they were bound to have, but everyone assures me they are tasty. The ladies at work went desk to desk with a large basket of these guys and tons of Cadbury chocolates. It was a tough day for willpower. 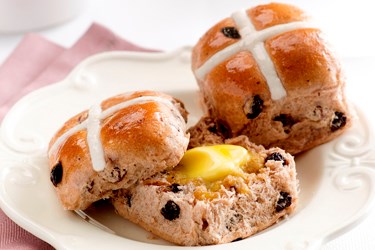 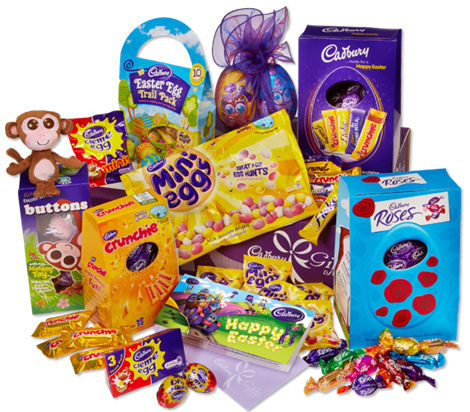 As this was our first holiday off work, we wanted to make the most of it and do some more sight seeing around New Zealand before the weather turned to shit. So, I planned another road trip to check out the central area of the north island. We rented a glamper and mapped out our travels.

The first stop for the night was Raglan, a small surfer town on the ocean. It's full of cute shops, legit surfers and hippies. We left Auckland after grocery shopping locally and eating dinner (waited for the mass exodus of traffic), which put us in Raglan at dark. I used my trusty campervan app (rankers - super helpful) to find us a place for the night. Turns out, our campervan site was just as eclectic as Raglan. When we pulled up, we were met by a "house" made from an old boat and two sweet dogs. We walked into the boat, paid our twenty dollars for the night and carried on into the pasture full of other campers. Since it was late, we didn't do much socializing and headed to bed. This is what we woke up to... dreamy, I know. And, it was an overcast day.

Up and at 'em. While brushing our teeth and getting the camper ready for it's next leg on the trip, we had some really nice people come say hi. They just so happened to be from the states and had been travelling Australia and New Zealand for the last year, tent style with their three year old. Talk about a couple of bad asses. We talked about real estate and how to take things we've seen here back home and make a pretty decent connection for the future. People are awesome. You never know what you're going to find in a field with an old boat.

Next on the list, back inland towards the rolling hills and caves. Yep, caves. En route to Waitomo, our first stop was Bridal Veil Falls, a 55 meter waterfall with four awesome observation decks.

After bridal falls, we were tempted to go to the next tourist attraction, a wind farm, but figured we'd seen plenty of those beauties in Oklahoma. Next stop, Waitomo.

Waitomo is a small town with about 3 places to eat, a tattoo parlor, diamond ranked holiday park (fancy campervan park) and lots of adventure. Waitomo is where you go to see the infamous glow worm caves and do a little black water rafting.

We chose Waitomo Adventures, mainly because it seemed like the most adventurous outfit and the trip included a 100 meter abseil into the cave. We opted for the four hour excursion, mainly because the full day was ridiculously expensive ($405 each for the 1/2 day, so you can imagine the full day pricing). As we all know, you usually get what you pay for, which was the case here. Our group was only comprised of four people and our guide, which made for a really great and fast pace setting. Our guide had been doing these excursion for most of his life and was a pro. I am pretty sure we lucked out getting him.

Unfortunately, we couldn't take our go pros caving with us, but our guide shot some good still photos of our adventure. 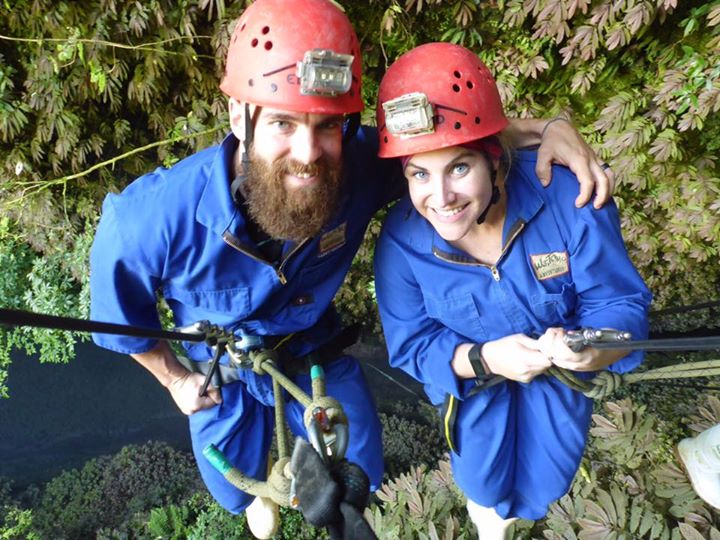 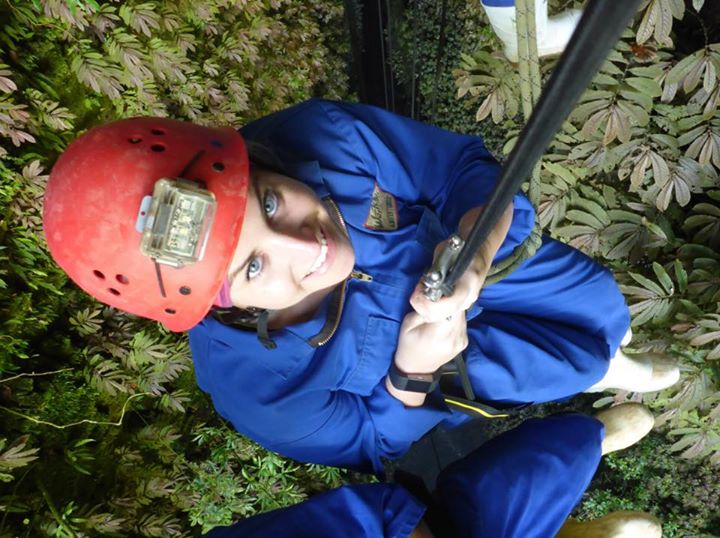 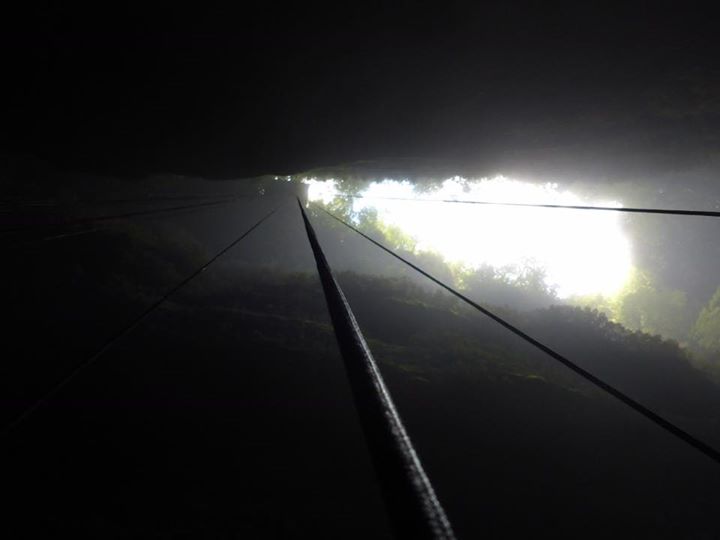 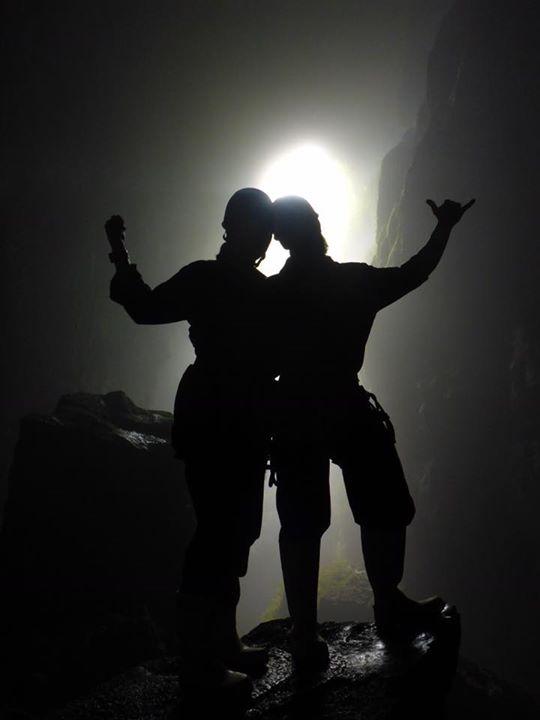 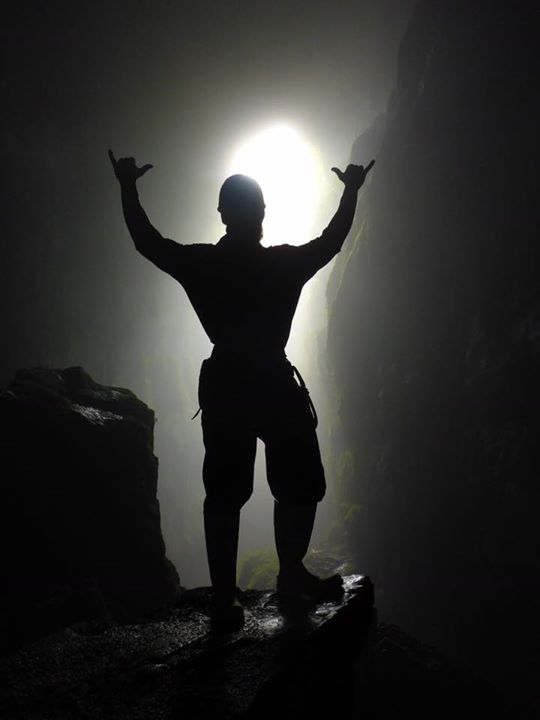 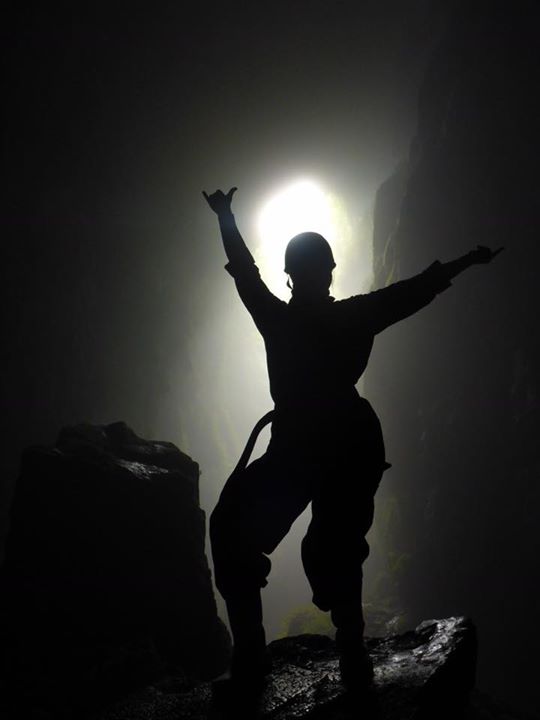 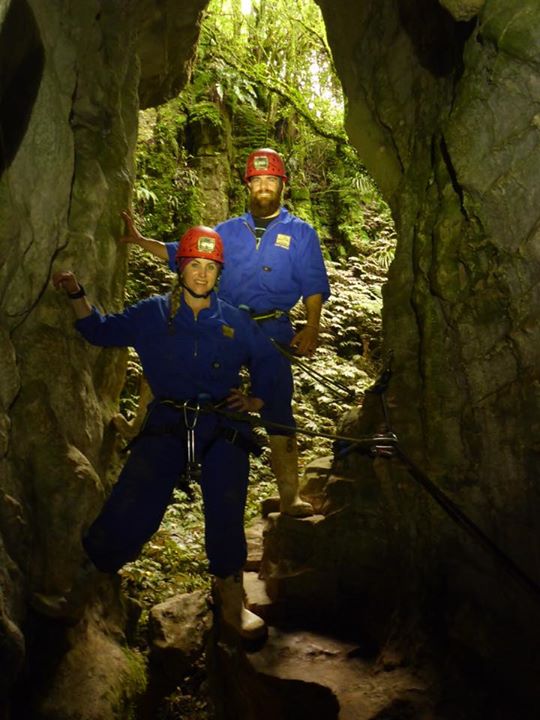 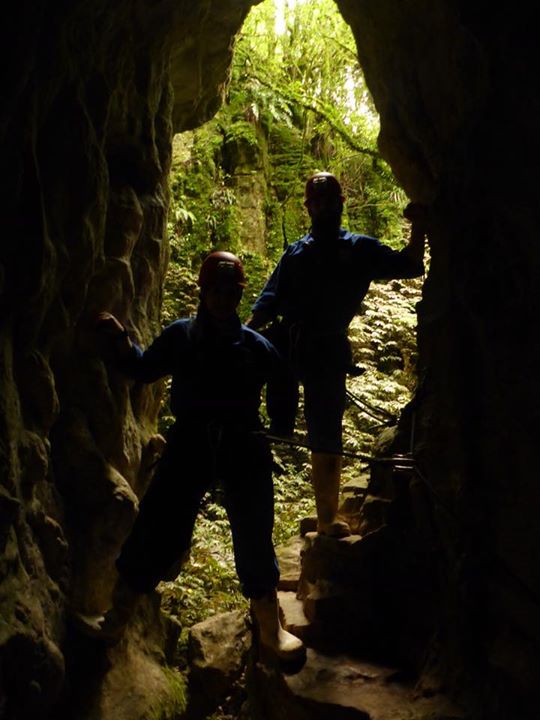 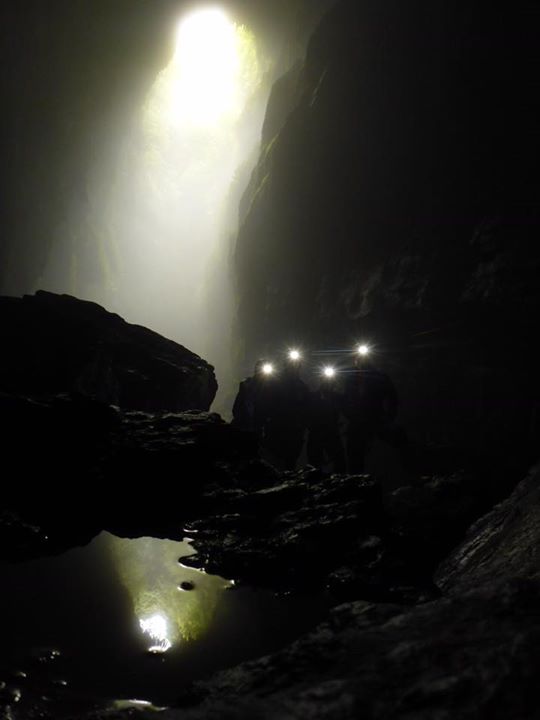 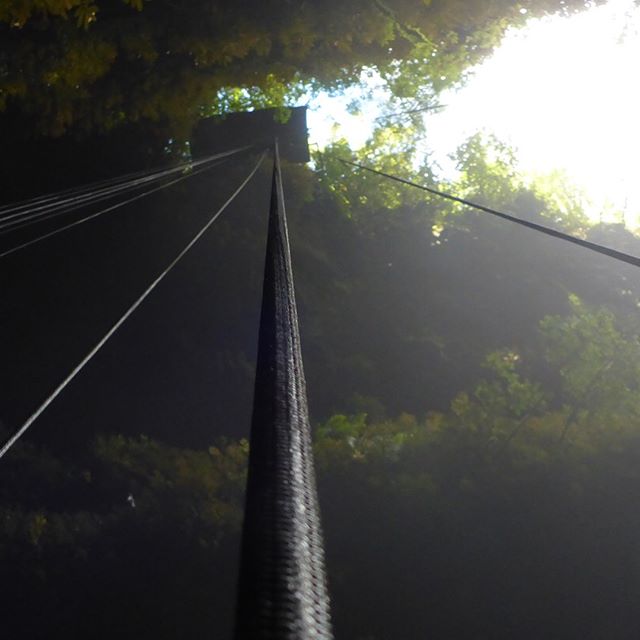 Once we arrived at the farm, we got on our blue jumpsuits, red hard hats and gum boots. When we were walking towards the cave entrance, the guide made us go through the operational use of the equipment and prove we could cave safely. Next, we got to the abseiling platform. We clipped in and had to step off - holding our breathe until the equipment caught us. I guess I should say me, because Sean would've taken a swan dive off that platform. He is either truly fearless or hides it really well. We slowly lowered ourselves 100 meters to the bottom of the cave into what looked like Jurassic Park. I was just waiting for Sean to utter, "clever girl" or "hold on to your butts." We walked for awhile until we got to the blackness of the cave and turned on our headlamps. From there, it was climbing in the dark while listening to river rush through the dark cavern. It was a totally different kind of beautiful... stalagmites, stalactites, rock formations that were sci-fi in nature, fossils and the main event... glow worms.

We were sitting in absolute darkness when all of a sudden a blue glow lit up our faces. At that moment, I knew that James Cameron must have visited these caves, because it was no longer Jurassic Park, but the world of Avatar. We couldn't take our own pictures, but this is what we saw:

What was also interesting was to find out what the "glow worms" really were, basically maggots that release string like threads that glow and catch their food. But I don't care, maggots or not, they were still magical.

If you want to know more about them, check out this link: http://www.waitomo.com/waitomo-information/Pages/glow-worm-life-cycle.aspx

After the glow worms, we climbed up 30 meters on a fixed ladder to get out of the cave. This ladder was completely vertical and a little shaky, but apparently, sturdy. Needless to say, after the climb, my forearms were lit.

After Waitomo, we headed towards the Tongariro National Park. We booked a stay at a campsite near the crossing that had a shuttle service. Once we parked the glamper, we showered, ate dinner, packed our backpacks and hit the sack early.

One doesn't simply walk into Mordor.....

Well, we were doing it. 4:30 am comes early, so you better believe I slept in my hiking clothes. We got our things together, ate a quick protein bar for breakfast and caught the shuttle by 5am. We started our ascent around 5:20 am and were some of the first on the trail. To give you some more information on the crossing, it's often described as New Zealand's greatest day walk.

The forces of the earth can be seen at work at the surface: this is what the Tongariro Alpine Crossing is all about, as well as one hell of a workout. You could almost be mistaken for walking on another planet go across a landscape of craters, active volcanoes, scattered pumice, mountain springs, lava flows, scoria and mounds of volcanic rock looking like they have been carved into statues. Then you have a contrast of colours with the perfectly blue and emerald lakes to the fiery red crater. The area is also famous for its run-in with Mt Ngauruhoe, or to the Lord of the Rings fans, Mt Doom of Mordor.

The hike was about 20km and we finished around 11:30 am. Starting in the dark is the way to go - we walked along the volcanic rock with a running stream while the sun rose. It was pretty chilly when we started, we quickly got hot around mid-day and near the summit, it got cold again. So, if you do this epic day walk, definitely dress in layers. 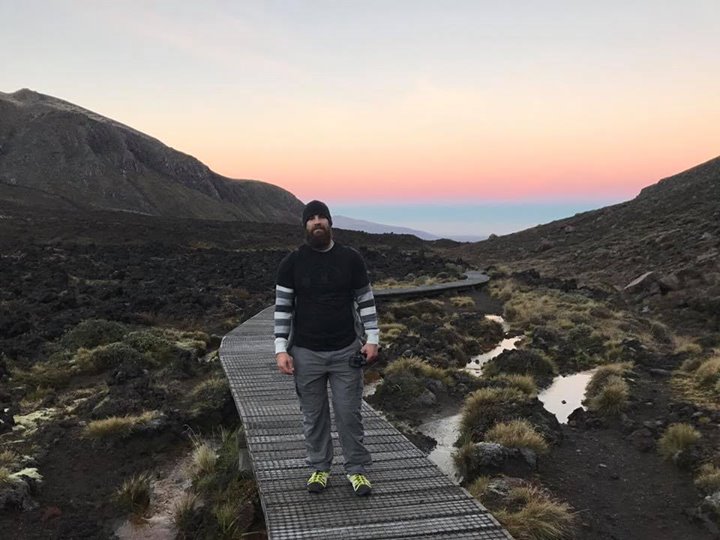 The great part about this walk was that the scenery constantly changed. We went from this scene above to nothing but lava rock, to the red peak of mount doom, then peaks that looked like black salt and finally the magical view at the summit. 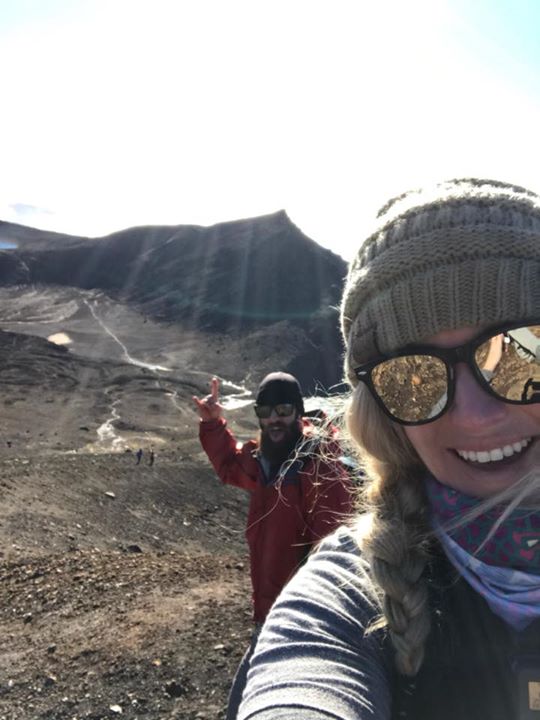 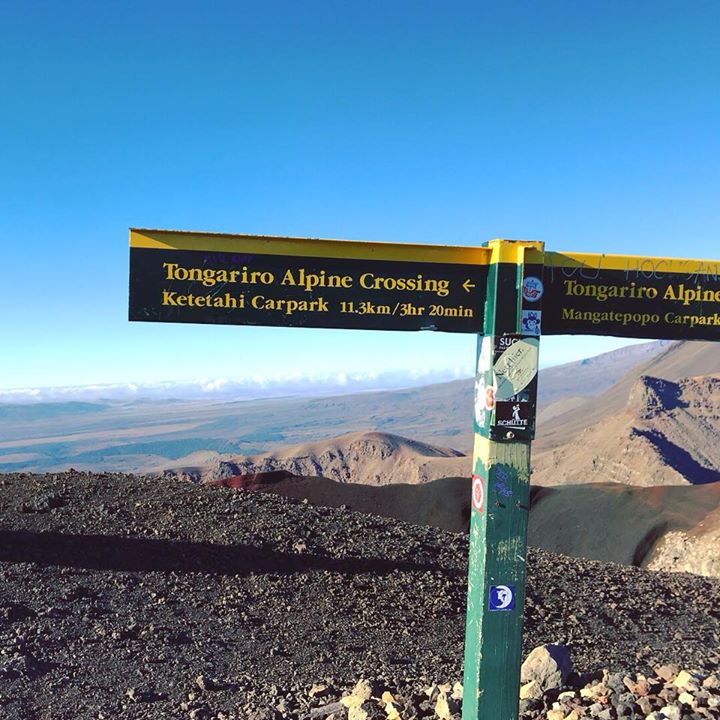 Just when you think the summit is magical, you walk over the peak to this...... 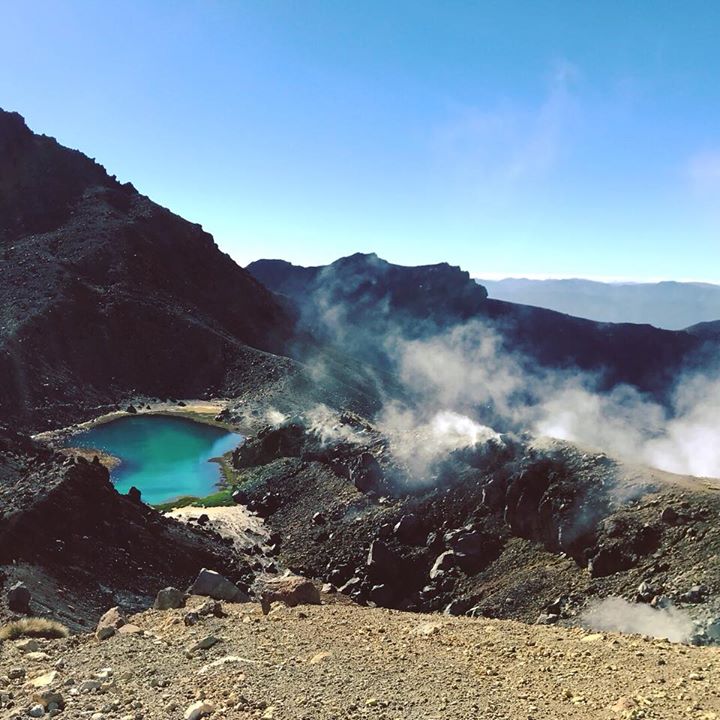 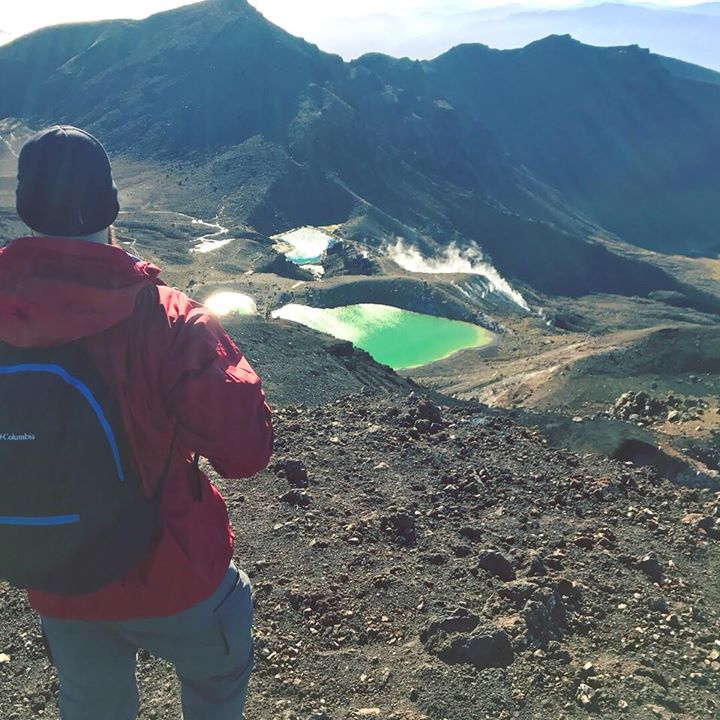 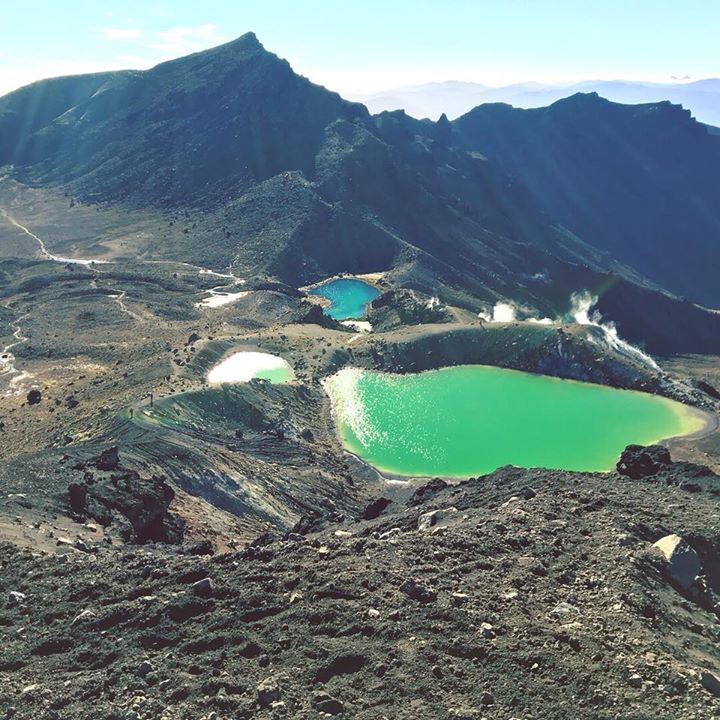 WOW. The pictures truly don't do it justice. In this vast landscape of volcanic rock and steam vents, these jewel colored lakes looked so out of place. Almost like an oasis in the middle of a desert. The walk down to the lakes also provided a bit of comic relief. I am fairly certain I laughed at my self the entire way down. It's extremely steep and the rock is like sand, so you have to take it slow and sometimes walk down sideways. Once we got to the bottom, we ate our PB&J's by the lake and took it all in for a minute. The beauty didn't stop there, however. As we started the second half of the journey, we came upon another huge lake and started seeing foliage. Towards the end of the hike, we came into a very rainforest-like area with the classic ferns and wet ground. The changing climate and landscapes throughout the hike were beautiful, all in their own ways.

My Fitbit tracked 37,846 steps and more than 200 flights of stairs. It was a spicy day, especially trying to keep up with my robot husband, but totally worth it.

The last day was spent on Lake Taupo. We decided to take it easy and do a lake cruise. It was really relaxing and educational. Lake Taupo is massive (it's the size of Singapore). It's the largest lake in Australasia. Our main destination was the carvings on the lake. I assumed they were ancient Maori carvings, but it turns out they were commissioned in the 70's by an artist and his students. Our pictures aren't awesome, it was super overcast, but they are definitely worth seeing, if you visit. 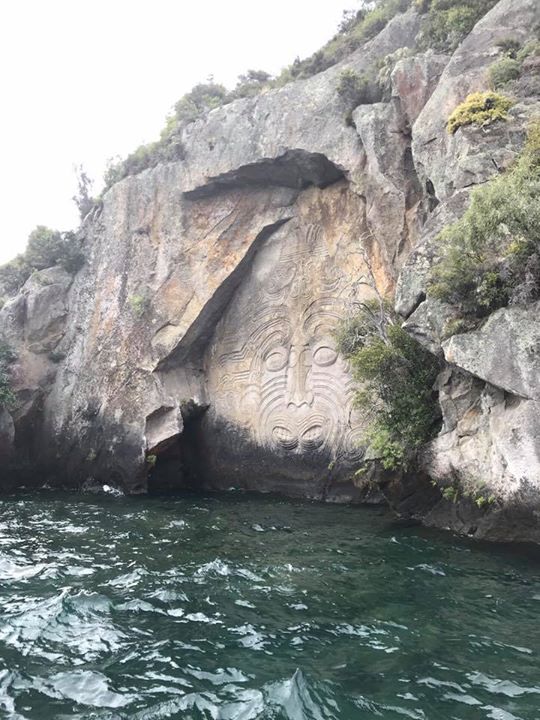 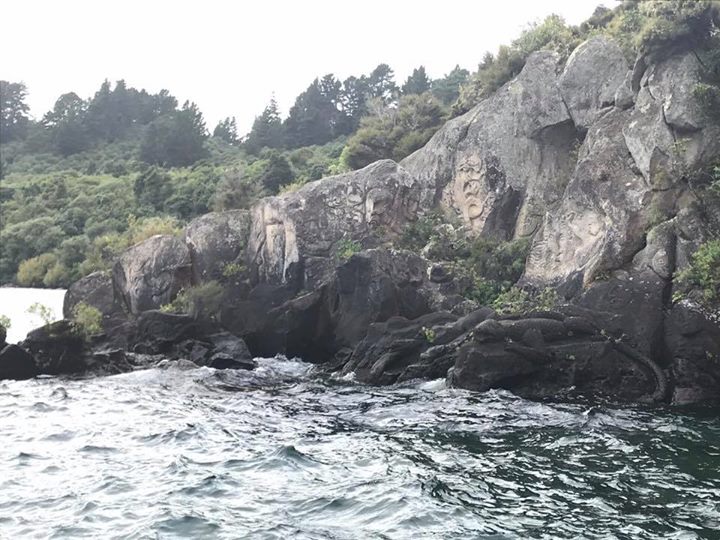 The last thing we did was eat before we headed home. The only reason I am mentioning this is because it was damn delicious. The little joint was called Sid's - burgers, fries and shakes. Yum.

Easter was fun this year, but incredibly different than what we are used to. It was the first year without the epic Sill sister egg hunt and our awesome Jackson baskets. Although bittersweet, it's definitely and Easter we'll remember for the rest of our lives.